God of War, PS2, anden genre Similar to franchises like Devil May Cry, Rygar, and Castl.. 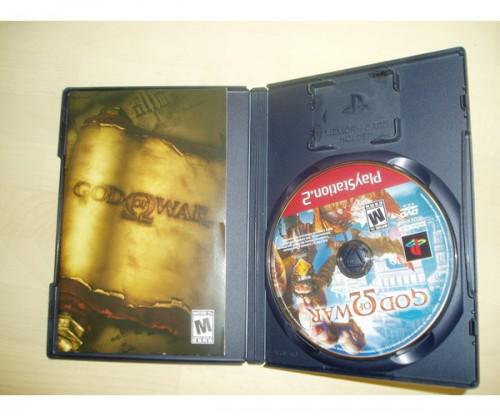 Similar to franchises like Devil May Cry, Rygar, and Castlevania, the game draws its inspiration from ancient Greek mythology and boasts a heavy emphasis on exploration and battle strategy. Broken into three to four acts, the game also has a strong focus on story-telling and boast tons of magic spells and abilities. Described as "Clash of the Titans meets Heavy Metal", God of War equips its hero with a pair of sword-like chain weapons that can grab enemies, perform multi-hit combos, and pull off a variety of different aerial attacks. Slight platforming elements and an energy collection system similar to that of Onimusha have been incorporated as well, and players are even able to use certain elements of their fallen enemies as a weapon (re: Medusa's head, for instance, can be used to turn enemies to stone after you've defeated her)